So it begins. Yesterday Jeb Bush called for the privatization of veterans care while opening up a huge opportunity for Hillary Clinton and others seeking the Democrats nomination...
Posted by David Hunter at 4:02 PM No comments:

Hillary Clinton has finally announced the worst kept secret of the decade by announcing that she is now a candidate for the presidency of the . It’s probably a relief for this country’s right wing, because now they won’t have to hold back on any of the really nasty stuff they’ve wanted to say about her.

Speaking of the right wing, there was a recent exchange between Senators Bernie Sanders, an Independent from and Rand Paul, a Republican from . The conversation took place during a Senate subcommittee on Primary Health and Aging, chaired by Sen. Bernie Sanders, on the “human toll and budget consequences” of senior hunger.

Panelists discussed older Americans unable to get enough food, and urged increased funding for nutrition programs under the Older Americans Act of 1965. Mary Jane Koren, a geriatrician and vice-president of the Commonwealth Fund, private nonpartisan foundation that supports independent research on health and social issues, noted that seniors often suffer health problems and are put in nursing homes after falling down.

Sen. Rand Paul would have none of this nonsense, however. He suggested that elderly people turn to charity, which rational people know is already overwhelmed by the not so elderly.  If fact. If Paul had his way, even a successful government program such as Meals on Wheels would be privatized.

Paul once preached the Libertarian doctrine that government’s only job is to protect citizens.  That train left the station when he began to agree with the Tea Party on matters such as same sex marriage and abortion – because like many other candidates, he has realized that Tea Partiers who won’t debate anything are now in control of the Republican nominating process.

The problem with being a genuine Libertarian is that you have to allow other people to have the liberty.  Paul has now evolved from Libertarianism to a very old tribal custom that advocates leaving the elderly behind to die as a cost cutting strategy. It’s very efficient, I imagine, but not very Christian or American.

Posted by David Hunter at 3:22 PM No comments:

The introduction of the state into the most personal of family and medical decisions has begun.  (Click above link to see story). For those who voted for Amendment One without reading it, here is the opening move of what you approved.

Posted by David Hunter at 3:32 PM No comments:

Sen. Lamar Alexander (R-Tenn.) is taking a novel approach to attack a federal ban put in force in 1976 by the Fish and Wildlife Service designed to stop the slaughter of African elephants for their ivory tusks. Alexander asserts that the federal ban could, among other things, "take away our guns."

“For those of us who are concerned that this administration is trying to take away our guns, this regulation could actually do that," Alexander said Wednesday, speaking on the Senate floor about his bill that would roll back the ivory ban.

According to the Senior Republican Senator from , the ban would also affect
musicians who own and use guitars with ivory inlay.  It seems obvious, though, that the thrust of his proposed ban is to garner support from the National Rifle Association (NRA), not guitar players.

The relatively small amount of ivory used for pistol grips and guitar inlay is already protected by a grandfather clause for ivory in use prior to the ban.  In fact, most ivory before and after the ban has been used to make cheap trinkets such as back scratchers and key chains, not works of art.  At issue is the matter of documenting that the ivory in use dates prior to 1976 – a small inconvenience to pay for protecting a magnificent species that is rapidly becoming extinct in the wild.

Called the ‘Lawful Ivory Protection Act,” Alexander said of the bill, “I support stopping poachers, and I support stopping the trade of illegal ivory," Alexander said. "What I don’t support is treating ... musicians, antique shops, and firearms sellers like illegal ivory smugglers. … This legislation will stop the administration from taking away our legal guns, guitars, and other items that contain legal ivory if we try to sell them across state lines.”

Alexander would have us believe that protecting a relatively few artistic uses of ivory – or rather preventing a minor inconvenience to dealers – outweighs the protection of a vanishing species.  I don’t think so.

And while it probably won’t do any good since the bill demonizes gun control advocates – though it isn’t a 2nd Amendment issue – and Alexander has clearly stated that it is a ban passed under the dreaded Obama administration, but if you agree with me contact our esteemed senator at: 455 Dirksen Senate Office Building Washington DC 20510;  (202) 224-4944; or  http://www.alexander.senate.gov/
Posted by David Hunter at 6:14 PM No comments: 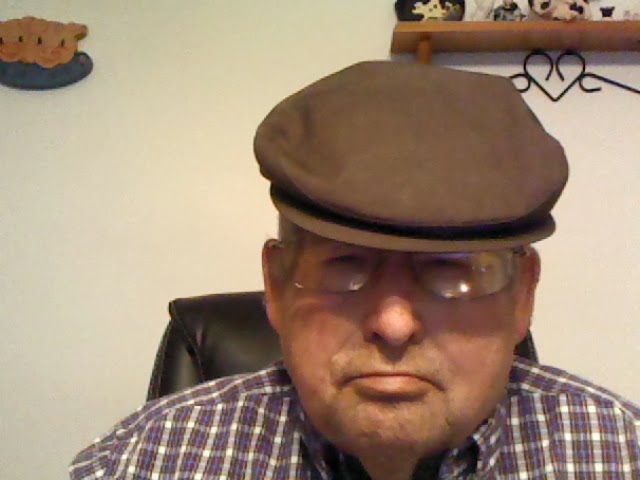